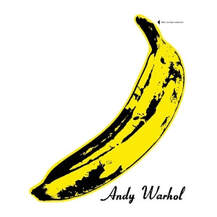 The phrase “ahead of its time” just HAD to have been invented for The Velvet Underground, whose first two albums, The Velvet Underground & Nico and White Light/White Heat, were just so loud, bold, risqué, and utterly different for the 1960s that they were pretty much ignored (even by music critics) upon being released. Fast forward 50 years, and those particular albums–along with every single other of the band's studio releases bar Squeeze–are now hailed by everybody as being among of the greatest of all time. Are they really onto something, or is just another case of ridiculous hype getting in the way of actual musical quality? While I have woefully not listened to White yet (though I really plan to as soon as possible), I can happily report that for Nico, the former is unquestionably 100% true. Thank God.

Try as I might, it is nearly impossible to put the album in a specific genre, so vast is its scope and so utterly diverse are the tunes in it (Alexander Rez, in his wonderful book "Mojo Risin': 1600+ Bite-Sized Album Reviews", aptly summed it up as "proto-garage punk with a Manhattan twist", though). You’ve got the irresistibly lovely dream-pop of opener “Sunday Morning” (if it wasn't the direct inspiration for Radiohead's equally beautiful "No Surprises", I don't know what was), the punchy/dirty rock of “Waiting for the Man”, the smoother-than-smooth cool of “Femme Fatale”, and the kinky Eastern-tinged psychedelia of “Venus in Furs”–and that’s just the first four songs! Seriously, though, even if you (falsely) think all older music is “boring” or something like that, not getting–heck, even listening to– this album would be doing a ridiculously big disservice to yourself, and not just because of the surprising variety, either.

Yes, “The Black Angel’s Death Song” admittedly may not be as lasting as everything else, but I’d be extremely hard-pressed to name a single other track on the album that strays from sheer perfection at all (no, seriously, the album’s that good). However, if you want the name of an especially great song here, I’ll give it to you: “Heroin”, a poetic 7-minute epic about the titular drug that starts off hypnotically slow, but eventually dissolves into feedback-laden insanity (this “soft-loud” formula was copied to equally memorable effect by the Pixies, who in turn were, as Kurt Cobain himself admitted before his untimely death, copied themselves on Nirvana’s worldwide smash “Smells Like Teen Spirit”). All of this is boosted by Lou Reed’s haunting voice, which shifts from soft crooning to maniacal laughing so masterfully, it's no wonder he made a good solo career for himself after leaving the Velvets (in fact, his complete absence from the band by then is why Squeeze was–and still is–so hated).

Add Nico’s hauntingly European flair to “Femme Fatale”, the Doors-esque “All Tomorrow’s Parties”, and the refreshingly stripped-down “I’ll Be Your Mirror” (a song vaguely resembling “Fatale”, but thankfully not to the point of being annoying or lazy-sounding), and you have… look, just buy the freaking album already, why don’t you? Geez.