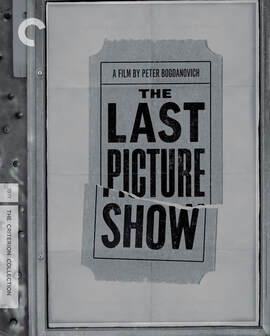 Most movies peering back at a long-gone time period–in this case, the 1950s–unfortunately fall back on shamelessly romanticizing the year(s) of their choice by aggressively deploying as much dewy-eyed nostalgia and/or gooey sentimentality as they can to "tug at audiences' heartstrings", though it more often results in my eyes rolling so much that they nearly fall out of my head. The Last Picture Show, the most famed classic from revered director (and–believe it or not–former film critic) Peter Bogdanovich, is among the very few brave enough to not only resist that siren’s call, but also give us a haunting look at the decaying of the American Dream in the process. It is also one of the greatest American films ever made, no questions asked. For reasons I’ll get into below, some more conservatively-minded people might disagree with me on that one, but you know what? I don’t care. I really, really don’t. So there.

Admittedly, the fact that there isn’t much of a plot could also turn some other audiences off right from the get-go, but plot is not what this film is about. Rather, it is a powerful look at the dying town of Anarene, Texas circa 1951, as well as the people (mainly adolescents) it happens to contain. None of them really have much to do there, but they all try to find some fleeting entertainment in their increasingly banal lives anyway, whether it be through sex, parties, road trips, or the “picture shows” of the title, that last one of which, the classic Western Red River, provides a precious last glimpse of warmth and hope in the midst of all this bleakness, as does the tragic relationship between the main teenage protagonist, Sonny Crawford (Timothy Buttons), and his desperately lust-seeking girlfriend, Jacy Farrow (Cybill Shepard).

Although the sex in question is not, unlike what the aforementioned “moral” crowd might like to say, what the film is only about, it is on pretty much everybody’s minds, most infamously so in a nude pool party that has Lacy undressing before an eager crowd of naked fellow attendees, as well as Ruth Popper (Cloris Leachmann), a married woman, hooking up with Sonny. Curiously enough, though, despite the unflinchingly (and groundbreakingly) frank nature of these scenes, the acts they show never seem to have any passion to them. Indeed, they are really just empty pleasures gained by empty people trying to find something, anything, to make them forget about the hopelessly empty realities they inhabit, so for somebody to name them “gratuitous” or “needless” would be missing their point entirely. Argue with me all you like, but it’s the truth.

In any case, though, not only does The Last Picture Show succeed with its boldly offbeat narrative, but also in literally every single other aspect as well. Actors such as Timothy Buttons, Jeff Bridges, Cybill Shepard (her first performance), and Randy Quaid (his first performance), despite not being that well-known at the time, were the perfect choices to play these incredibly lonely people, and their performances here are outstanding. However, it’s the superb B&W cinematography and refreshing lack of any score or (bar the occasional old-timey song heard on the radio or vinyl record player) music that really make the comparisons to Citizen Kane (a film unfortunately not seen by me yet) very well-deserved. Controversial as it may be, the film is simply–and I don’t say this very often–an absolute masterpiece.