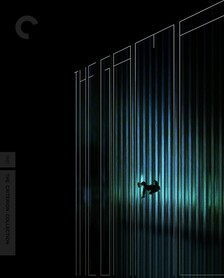 For the record, my expectations for The Game were just about through the roof. A psychological thriller starring the famed Michael Douglas and directed by David Fincher (whose excellent fact-based drama The Social Network got a perfect score from me) that was apparently good enough to make it into the Criterion Collection? How could it possibly get any better than that? Of course, the fact that it’s set to leave Netflix come New Year’s was what really motivated me to watch it, but I’d be lying if I said I hadn’t already been pining to do so ASAP anyway. However, I’d also be lying if I said that once I finally flipped it on with my dad, I wound up liking it even remotely as much as I thought I would.

First, let’s talk about the things I did like about The Game. For starters, Fincher’s direction is superb as always; the great camerawork and moody, tinted cinematography of his really stand out, and add a deep sense of mysterious atmosphere that would have otherwise been missing had the script been tossed off to some inexperienced nobody.

Oh, and speaking of the script, it actually starts off really well, with a Super 8-filmed look at the childhood of Nicholas Van Orton (Douglas), a very wealthy investment banker still haunted by his father’s suicide, but with his life completely under control nevertheless. However, that is about to change entirely when his younger brother, Conrad (Sean Penn), gives him a gift certificate for a “Game” offered by a bizarre company named "CRS" ("Consumer Recreation Services") for his birthday, which soon proves darker–and more dangerous–than he could have ever imagined.

Being completely honest here, this premise was what actually brought my attention to the film the most. And as a matter of fact, for most of the running time, it effectively delivered some real low-key action and suspense (even if some of it got to be a little repetitive over time), and, as everything kept escalating more and more, kept me on the edge of my seat wondering what could possibly be the reason for any of it. When everything finally came to a close, however, not only was I still wondering that, but was also shocked with how appallingly stupid and illogical both the explanation and resulting events were; in fact, they were so ridiculously bad that I even wound up viewing everything previous to it in a different light as a result*, hence the pretty mixed rating you see below.

And I didn’t want to give the film that low of a score, either. I really, really didn’t. Yet every single time I think of the way it ended, I just get so utterly pissed off that I have no choice but to do just that. Hey, at least I didn’t judge the film as harshly as my dad did, who was constantly “cringing” throughout (he really doesn’t like psychological horror or thriller films in general because they’re apparently too “twisted” for him, so that’s probably part of it too, but still) and told me afterwards that he personally rates it a 3/10. Ouch. Come to think of it, maybe that’s why I don’t get to watch these kinds of movies more often, but either way, unless you’re only coming for the cool style (and believe me, there is a lot of it here), it’s probably best not to play this surprisingly frustrating Game.

*And this is where I get into specific details about all of that, so a HEAVY SPOILER WARNING is in effect, starting right now:

So as it turns out, this whole “Game” was just a big setup for Nicholas’s birthday party (not a good reason to have him be chased by vicious dogs, shot at, hurled into a lake in the back of a speeding taxi, drugged and left for dead in Mexico, etc, etc, etc), though he only found that out after accidentally shooting the aforementioned brother to death with a gun that wasn’t the prop he was supposed to use, but actually a real one instead.

As a result of this, he literally gets so upset that he jumps off the roof he was already standing on and falls through a glass ceiling… right onto a gigantic air cushion already set up for him right below. (Of course, that wouldn’t have been the case if he happened to jump off even a slightly different part of the building, but nothing else is making sense by now either, so just bear with me here.) Immediately afterwards, he finds out that his brother isn’t dead, the gun apparently really was a prop after all, and, in the (almost completely verbatim) words of somebody else there, “It was lucky you jumped off that building, because if you hadn’t, I would have had to push you off myself.” What. The. @#$%.

Even worse, Nicholas not only doesn’t get psychopathically angry over any of this like a normal person would, but even hugs that same brother (you know, the guy that put him through all that crap for no reason), splits the massive bill for the game with​ him, thanks everybody for coming to his party, and offers to take the woman who drugged him out for coffee. And then the movie ends. Just like that. Just. Like. That. It’s almost enough to make Anger Management’s ending seem genuinely sensible by comparison, though I’m not going to talk about it any longer since my head is already on the point of exploding enough as it is. Goodbye.
​
​​© 2019 Ben Parker
All Rights Reserved.