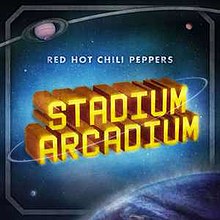 While the album does start off with the decent hits "Dani California" and "Snow (Hey Oh)", after that, it's just two hours straight of monotonous, repetitive filler that would only be of interest to the most truly dedicated die-hard fans, and even then, they may find themselves extremely tired less than halfway through. The worst part is, the Peppers' trademark funk is virtually nonexistent, leaving only some colorless balladry to fill up space. The result: a flat, miserable slog that makes the negatively received One Hot Minute look like a genuine masterpiece by comparison. Listen to the first couple of songs if you must, but other than that, ignore the album entirely and check out the infinitely superior Californication instead.