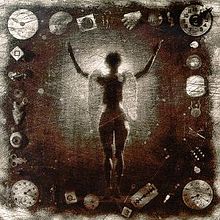 At first glance, it may appear that Psalm 69 is nothing more than the work of yet another Christian rock (or metal) band. However, absolutely nothing could be further from the truth. Though the album's nightmarish (and most decidedly sacrilegious) lyrics and extreme tempo does make it as good of a soundtrack as any to the Apocalypse, Ministry's classic fifth album is mostly just content with being the loudest, heaviest, fastest, and hardest thing out there.​

Luckily, these ambitions are not only realized right from the very first track (the horrific “N.W.O”), but are also withheld throughout the entire album, whether it’s on the controversial “Just One Fix”, the blitzkrieg “TV II”, the gleefully obnoxious hit “Jesus Built My Hotrod”, or the theatrical title track; which deliver all the goods and then some while throwing in creepy audio samples and Al Jourgensen’s campy vocals.

Unfortunately, the album was the last piece of classic Ministry. The band soon lost its way in drugs, arrests, and constant lineup changes, since producing experimental releases that range from interesting (the underrated Filth Pig) to downright awful (2017’s embarrassing AmeriKKKant). But don’t let that distract you from the most inspired, important, and simply fun metal album since Slayer’s Reign In Blood.