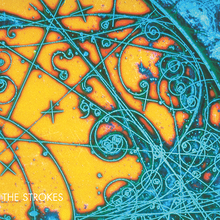 Debuts are rarely grounded efforts for any band. They can be experimental hodgepodges, clumsy feet-finding, or just plain cringe-worthy. They occasionally do hit the mark, as in the case of Coldplay’s excellent Parachutes, or at the very least, come extremely close. But no debut has been both so sure-footed and enjoyable at the same time as The Strokes’ fantastic first album, Is This It.

​Surely one of the best albums of the 21st century, Is This It superbly merged breezy punk-pop with Julian Casablancas’ muffled yelling. Surprisingly (and refreshingly) for a punk album of that time, the lyrics bypass the crude humor and tasteless jokes that had been the hallmark of bands like Blink-182 and Green Day, opting instead to open a window into the everyday lives of irresponsible adults who can’t find anything else to do other than trying to woo sexy blondes half their age (“Barely Legal”), drink to excess (“Alone, Together”), do drugs (“Soma”), and ultimately manage to grow up in the process. With such risqué (yet convincing) lyrics, the album would already prove irresistible to bored teens who would instantly relate to the tough topics tackled here. Yet the light, snappy melodies and catchy choruses would elevate it far above something that just burned-out adolescents can sing along to. By creating this album with such vigor and creativity that their contemporaries had never even come close to before, The Strokes made something that can literally be enjoyed by everyone: young, old, casual listeners, hardcore listeners, and pretty much everyone else. It would really be something if you could not even find one thing to like about this album. It's that good. In fact, once you finish listening, you might even find yourself saying “Gee, Is This It?”