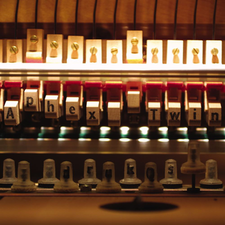 What's to say about Aphex Twin's massive double album Drukqs? That's it's a sprawling treasure? A disjointed mess? Something containing some of his very best music? His worst? All of the above- and even more, for that matter.

First, let me just say that if you personally found the album too long or difficult to handle, I completely understand. Much like the often trashed work Joe Jackson released during his “classical” period (Will Power, Night Music​), it is really a lot more for the fans than for the general public. Granted, there are a few fairly accessible tracks on the first disc ("Vordhosbn", "Bbydhyonchord", "Avril 14th", "Kesson Dalek") that don’t require being a diehard Aphex nut to enjoy, but Drukqs is far more interested in pushing the limits of extreme drum n' bass ("Cock/Ver10"- good song) and bizarre experiments ("Gwarek2"- bad one) while throwing in random audio clips and several short piano interludes for good measure.

Blended together as a whole. however, all of these things work a lot better than you might think at first, making for a rich, unpredictable, admittedly flawed, but ultimately rewarding listening experience- an impressive feat, given that Aphex's only reason for even making Drukqs in the first place was because he apparently left his MP3 player on an airplane by accident and figured that he might as well just get the music on it out there before somebody else found it and did so first.